„Listen up, people!” – says the dinosaur to save humanity from extinction while delivering climate message 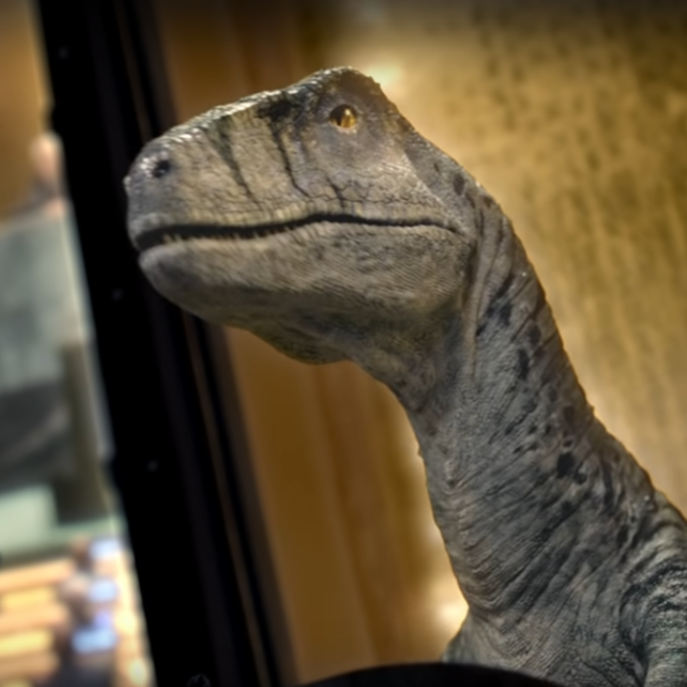 The United Nations Development Programme (UNDP) is taking an unprecedented turn in the history of climate crisis communication by bringing a talking dinosaur to speak up at the United Nations’ headquarters, urging global leaders to scale up climate actions.

His main message ‘Don’t choose Extinction’ is part of the numerous efforts the UN is taking to make the upcoming COP26 Climate Conference in Glasgow matter and force leaders to commit to more ambitious climate actions.

In their new ‘Don’t Choose Extinction’ campaign, a velociraptor, a figure well-known from the Jurassic Park Hollywood movie, bursts into the iconic UN General Assembly Hall, famous for history-making speeches by leaders from around the world.

The dinosaur starts delivering a speech to a shocked audience, filled with influential decision-makers and diplomats, telling that “it’s time humans stopped making excuses and started making changes” to address the climate crisis.

‘Don’t Choose Extinction’ campaign by UN to raise awareness about the climate crisis.

“At least we had an asteroid. What’s your excuse?”

the dino continues with a warning, referring to the popular theory explaining the extinction of dinosaurs 70 million years ago.

Frankie, the speaking dinosaur, goes on to highlight how financial support for fossil fuels through subsidies is irrational in the face of a changing climate.

‘The film is fun and engaging, but the issues it speaks to could not be more serious,”

UNDP research released as part of the campaign shows that the world spends an astounding US $423 billion annually to subsidise fossil fuels for consumers – oil, electricity generated by burning other fossil fuels, gas, and coal.

To put the amount into perspective, with this money, every person in the world could easily get the COVID-19 vaccinations or pay three times the annual amount needed to eradicate extreme global poverty.

Frankie, the dinosaur, is urging global leaders to scale up climate actions.

To better distribute the message, global celebrities are voicing the dinosaur in numerous languages, including actor Jack Black in the English version and other actors like Eiza González (Spanish), Nikolaj Coster-Waldau (Danish), and Aïssa Maïga (French).

This first-ever film to be made inside the UN General Assembly using computer-generated imagery (CGI) alongside the communication campaign hope to make it easier to understand the somewhat complex issue of Fossil Fuel Subsidies and climate emergency.

“The UN Secretary-General has called the climate crisis a ‘code red for humanity.’ We want the film to entertain, but we also want to raise awareness of just how critical the situation is. The world must step up on climate action if we are to succeed in keeping our planet safe for future generations.”

The public is invited to take action as well, and the campaign aims to educate people while giving them the chance to make their voices heard.

While we are facing devastating climate predictions, the ‘Don’t Choose Extinction” campaign emphasises that this is not inevitable.

If we join forces, we still have a shot at limiting global warming to 1.5 degrees and avoiding a catastrophic scenario.

Creating the short film and bringing Frankie, the dinosaur, alive is an example of how collaboration can raise awareness about the climate crisis and inspire change.

The digital ecosystem that empowers people to take action as part of the campaign was built by Wunderman Thompson.

In addition, Mindpool produced a collective intelligence engagement tool for the online platform.

The PVBLIC Foundation, an innovative non-profit organisation, provides strategic communications and media support for the campaign. 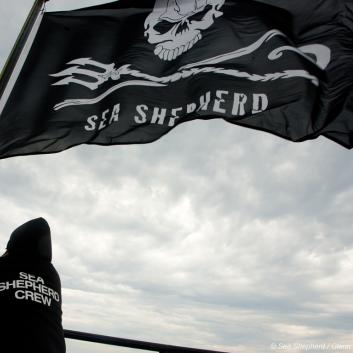 Can changing the tide in ocean protection prevent climate breakdown? 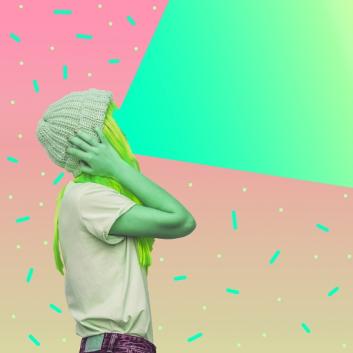 How to keep the spark alive while changing the World? 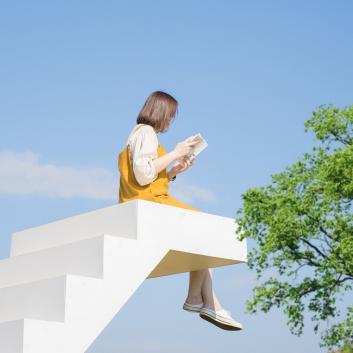 Why do ambitious changemakers upskill in Climate Entrepreneurship? 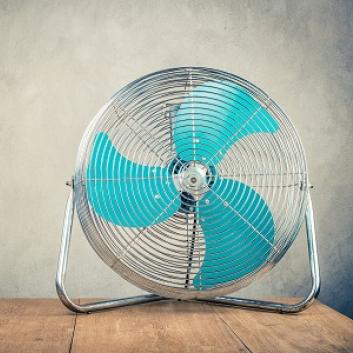 Can clay help us to counter the heat? 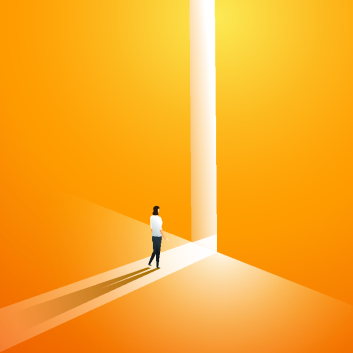 What makes changing the world so difficult? 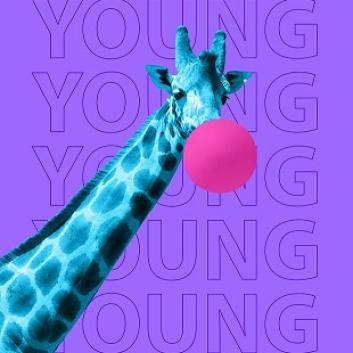 Can sustainability be funny? 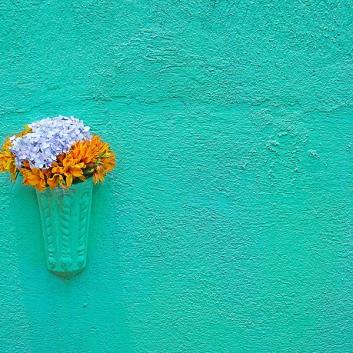 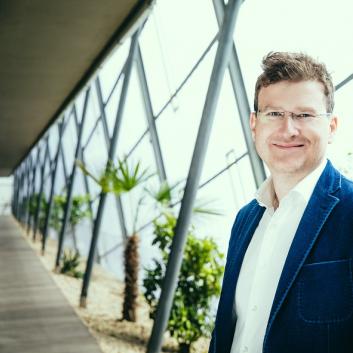 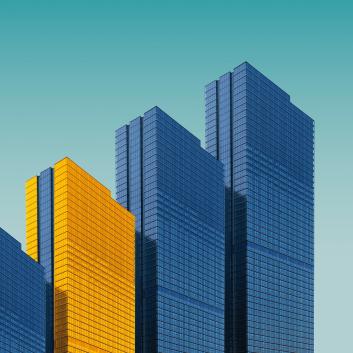 Cities to stand together in solidarity for Ukraine

Eat blue food help to save the planet?
How and why innovators are embracing sustainable ocean resources in the global food market.

Campaign to boost social enterprise sector in Ireland
Ireland’s first nationwide campaign calls on businesses and the public to support Irish social entreprises by purchasing from them. 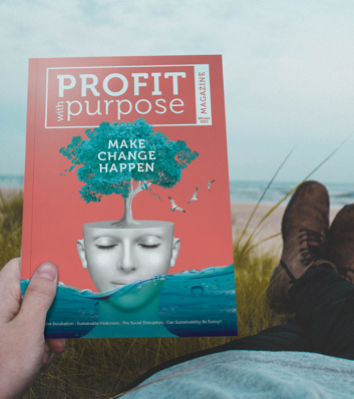 How to keep the spark alive while changing the World?
Impact-driven leaders are more exposed to experiencing stress and anxiety, which means they need to be aware of how to prevent and manage burnout.

Sustainable Hedonism book breaking down convictions
How can we create a thriving life for us all that does not come at the price of ecological destruction?

What makes changing the world so difficult?
Despite having the evidence and realising the need for change to address the grand societal challenges of our time, it is still not happening at the pace and scale you would expect. But why?

Making cities human and kind
"Cities are hubs for change, places where we dream, discuss, live, grow, and work." Lior Steinberg, urban planner, shares insights on how to transform city life to be more human and kind.

Sweetening the deal to make food ethics matter
A chocolate range with exceptional taste and high ethical standards was brought to life by an Irish entrepreneur to raise awareness.

“I hope to see a better world for every living organism.”
Courageous sustainability leader, Godfrey Mchunguzi Oyema, has been recognised for his extensive work in advocacy and igniting change.

Can sustainability be funny?
Students can enjoy learning about sustainability and social issues by writing comedy scripts at a unique Master's course in Vienna.